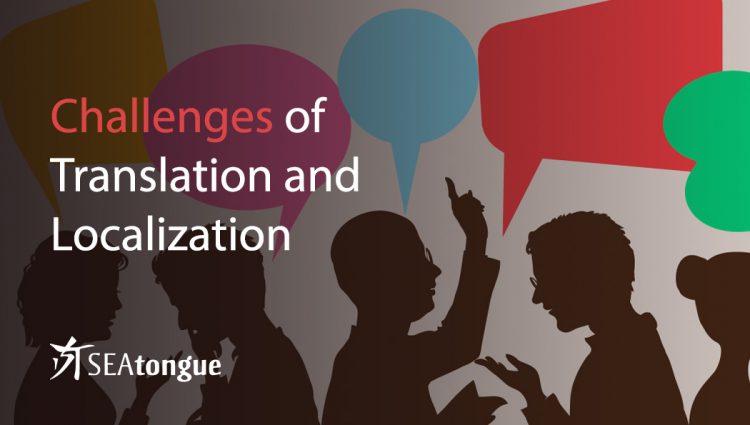 Many Asian languages are notoriously difficult for Westerners to master, making translation into English, where native English speakers are essential to high-quality translations fairly difficult. In the opposite direction, although there are many English-speaking Asian translators available, the pool of quality translators who speak English at a near native level and have a nuanced understanding of Western culture is far smaller. Add to this the complex scripts and alphabets used by Asian languages and you begin to appreciate some of the challenges that companies face when trying to source accurate, intuitive translations of communications and company documentation for use in Asian markets. We know that translation (done well) is something of an art, and in this article, we want to look at a few of the common problems faced by localising materials into 4 popular Asian languages.

Japanese is a hard language for the native English speaker to grapple with. For a start, you have two syllabic alphabets of over 40 characters and a wealth of written characters (Kanji) borrowed from Chinese to master. There are around 2,000 of these in everyday use and it is not unusual for Japanese natives to use a dictionary while reading a book or newspaper. Then there are huge differences in grammar and sentence structure and the widespread use of honorifics to consider. Unlike learning French or German, the student of Japanese has no clues to follow, no related words or patterns of speech. Japanese is not for the faint-hearted and Japanese to English (and English to Japanese translators) are some of the highest-paid linguists in the world.

Learning Chinese presents many of the same difficulties to the Westerner that Japanese does, having even more characters (Hanzi, in Chinese) to master, and again, very different grammatical and sentence structures. Added to this, the same Chinese character, when combined with other characters, can have very different meanings, leading easily to confusion. The addition or subtraction of a single character can lead a whole sentence to express a very different concept, and so great familiarity with the language, which like Japanese takes many years to master, is essential to producing high-quality translations. Chinese translators who are also experts in your particular field of business are even harder to source.

We all know that becoming a translator requires a close to perfect knowledge of your own language as well as high fluency in another. Translating from English to Korean and vice versa is as challenging as with Japanese and Chinese and again this is largely for the same reasons – its manifold differences between European languages and Far Eastern ones. Additionally, the Koreans are a people of fewer words than the English, for example, and many Korean words can be used to represent very different meanings, with only the current context of the written text confirming its intended meaning. Besides this, continuous or perfect tenses are absent in Korean, with the past, present and future tenses being supplemented by a few adverbs in order to express all concepts of time, which means you have to pay close attention!

With its own unique script and language patterns, Thai is also considered a hard language to translate. Thailand has never been under the rule of a European country, nor suffered any invasions, and so the Thai language is ‘pure’ and although English is learnt at school in Thailand, there are very few really fluent speakers of the language. Thai script is based on the Khmer script, without reference to any other languages, and the Thai alphabet of 44 characters is syllabic and, like the two syllabic Japanese scripts that complement Japanese Kanji characters, it contains no independent vowels. All this makes the Thai language particularly hard to master and, as with the other languages mentioned above, excellent translators are highly prized.

Overcome these difficulties with SEAtongue

SEAtongue is the largest localisation and translations agency in Asia, and we have built up an excellent talent pool of top-quality, time-served translators over the 12 years in which we have achieved our place at the forefront of Asian language provision. In addition to this, we have deliberately recruited translators with specific experience in a number of industrial arenas, making sure that your translation requirements will always be handled by someone with a working knowledge of your unique business challenges.

If you are looking to localise your business documents, products or communications into an Asian language, pick up the phone and give us a call or send us a message detailing your project. Our team will be happy to answer all your questions and provide you with a free quote and a timescale for the translation work you need to have carried out. We currently serve over 600 satisfied clients and look forward to doing business with you next!

Let us help you thrive. Get a quote and you will receive an estimated cost for the service you need.

Get A Free Quote

We invite you to our world, giving you an insight into our history, vision for the future, business areas and competencies.